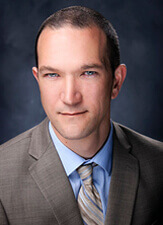 David loves spending time with his wife and three children. His hobbies include playing basketball, running and being out on the water.