Special Considerations For Criminal Defendants Who Are Immigrants

Special Considerations For Criminal Defendants Who Are Immigrants 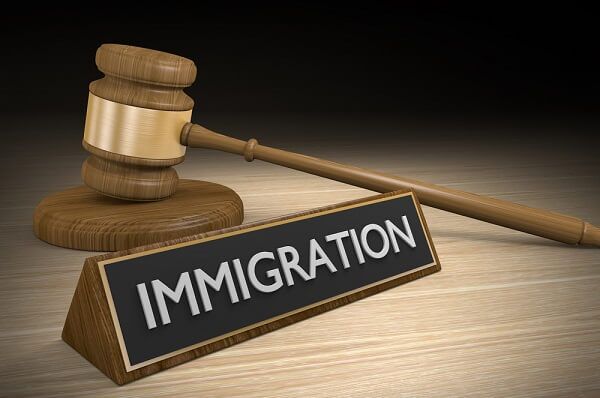 Criminal defendants who are immigrants face very real and unique challenges that other criminal defendants do not face. Without careful attention and direction from a criminal defense attorney who understands the immigration consequences of various decisions, a defendant can quickly find himself or herself facing potential deportation or the inability to ever gain citizenship status in the United States.

Why Does Immigration Matter for Criminal Defense in Wausau?

First, when immigrants who are in the country legally apply for different visas, move to adjust their status to a green card, or even attempt to gain citizenship, they must disclose to the government if they have ever been convicted of a crime. This is a standard question on immigration application forms.

When applicants check yes, they must explain what the conviction was for and provide additional details about what happened so that the immigration officer reviewing the application can consider whether the applicant may be a threat to the safety and security of the United States. A criminal conviction can cause an officer to deny an application to an immigrant.

Does Your Conviction Make You Removable?

Even more importantly however, certain criminal convictions make an immigrant automatically removable from the United States. “Conviction” in this context does not mean that a jury has to have found you guilty of the crime. It also includes when a defendant pleads guilty to a certain crime as part of a plea deal.

Aggravated felonies are generally more severe felonies, or felonies that require imprisonment of at least one year, such as murder or rape.

Many drug-related crimes are also grounds for being removable from the United States. And even simple crimes may put certain types of status at risk.

In many cases, figuring out whether an immigrant’s criminal conviction makes the immigrant removable is a complicated endeavor that requires careful evaluation of the statute that makes the conduct a crime, and how it compares to other statutes for removable crimes. For this reason, one can rarely assume that a crime does or does not create removability. Instead, it is important to speak with a qualified criminal defense or immigration attorney.

What Does Conviction of a Removable Offense Mean?

When an immigrant is convicted of a removable offense, he or she will not usually immediately enter removal proceedings and be deported. Instead, the criminal defendant will first have to serve his or her criminal sentence in the United States. Once the criminal sentence is up, the defendant will be transferred to the custody of Immigration and Customs Enforcement (ICE) and removal proceedings will begin within the immigration court system.

The immigration court will look at the crime that has been committed and confirm that it is grounds for removability under the Immigration and Nationality Act. If it is, the judge may issue an order of removal, or give the immigrant the option to voluntarily depart from the United States. In certain limited circumstances, an immigrant may be able to claim the right to stay in the United States even with a conviction. For instance, if the immigrant is seeking protection on asylum grounds.

How Can A Criminal Defense Attorney Help?

One of the decisions that many criminal defendants must weigh at some point in their criminal proceedings is whether to accept a plea deal that has been offered by the prosecutor, or to risk going to trial. In order to properly weigh the pros and cons of a plea deal, a criminal defendant must understand the immigration consequences of the plea.

For example, will the plea make the immigrant removable? If so, then it may be better for the immigrant to roll the dice and go to trial, hoping that a jury will find he or she not guilty. Or even if guilty, an immigrant may decide that he or she would prefer a few years in prison, near family, over immediate deportation after a plea deal.

These are all very difficult questions and they do not have obvious answers. But speaking with an experienced attorney who understands the full range of consequences can help you decide how best to proceed.

At Crooks, Low & Connell, S.C, our criminal defense attorneys recognize the important role that immigration plays in criminal defense work, and may be able to help you evaluate the risks of pleading guilty to aggravated felonies or crimes of moral turpitude. For more information, or to schedule a consultation, contact our Wausau, WI offices online or at (715) 842-2291.